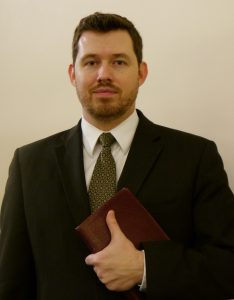 Pastor Morgan Lester is a native East Tennessean and Knoxvillian. He grew up in West Knoxville and attended Bearden High School. The greatest day in his life was when he trusted Jesus Christ to save him as a 14-year-old. During his senior year of high school the Lord called Morgan to preach. As a result of God’s calling, Morgan declined his acceptance to the University of Tennessee, and chose instead to attend Crown College to be trained for the ministry. After graduating in 2006, the Lord gave him the opportunity to serve in Christian education, bus ministry, evangelism, and eventually as an assistant pastor in Blount County, TN. During this time, Morgan married his wife, Sara, and they have since been blessed with two children. In June 2012, God called Morgan to be the pastor of Ball Road Baptist Church. He has a burden for Ball Road Baptist Church to reach the lost and disciple the saved throughout the greater-Knoxville area.